Very few names and monikers in the Asian Fashion Industry carry such weight and prominence as Hayden Ng (海登). A name synonymous with breathtaking innovation and sophisticated artistry.

Hayden has earned has earned his place and risen to the epitome of the industry. This self-taught icon built his name and reputation from grass roots upwards since first emerging in the scene 3 decades ago, making him a popular name among celebrities, beauty pageant tittles holders and professional women. His eponymous boutique HAYDEN carries his line of elegant evening gowns and cocktail dresses.

Born in Singapore in 1966, Hayden started his career at a young age of 16. In 1987, he rose to acclaimed recognition when he dressed Miss Universe Singapore 1987, Marion Nicole Teo, who was selected into the Top ten that year. This was the turning point for the self-taught fashion designer. Later that year, at age 21, Hayden opened his fashion boutique HAYDEN.

In 1988, Hayden showcased his designs in Australia, and in 1990, he represented Singapore in the Dalian Fashion Festival in China.
In 1992, Hayden was introduced to the local theatre scene, where he evolved to costume designs.

In 2006, Hayden was nominated for the Straits Times’ 6th LIFE! Theatre Awards for best costume designer. Hayden also designed the new ceremonial attire for the Singapore Disabled Athletes for the Far East and South Pacific Games for the Disabled 2006 (FESPIC) in Kuala Lumpur that year.

Built on the theme “Design is for everyone”, fashion was brought to life in library@orchard, Singapore’s award-winning and only design library centred on lifestyle, design and the applied arts.
Representing the best of Asian interpretations of haute couture and street fashion, this showcase celebrates the unique styles and diversity around the ASEAN region. The added feature of a pop-up store allows guests to try and buy the pieces as shown on the runway immediately, right after the show.
Through this platform, it promotes further cross cultural and creative collaboration while achieving mainstream regional awareness for fashion designers and models. It also hopes to nurture up-and-coming local fashion designers and models with the aim to foster a deeper understanding and appreciation of the fashion industry in the region.

● PHILANTHROPY
Hayden also uses his fashion to contribute to charity works of various causes.
In 2009, he and Miss Universe Singapore 2009, Rachel Kum traveled to Sri Lanka to raise funds for the National Thalassaemia Centre Kurunegala.
In 2011, Hayden dressed all the female singers in SING SING SING Wonderful 80′s – 星 星 星 再献 80′s to raise funds for the Home Nursing Foundation.
In 2012, Hayden, together with Courts and O’Connor & Friends, presented a charity fashion show featuring pageant title holders from Thailand, Malaysia and Singapore, to raise funds for Eden Centre for Adults and Eden Children’s Centre, both under the care of Autism Association (Singapore).

● HAYDEN THE BRAND
The muse and inspiration for HAYDEN collections is Singapore City and her people – simple, individualistic and decidedly feminine with a modern approach to luxury (affordability and availability). HAYDEN collections are confident in its crafts, as each model is a special creation, the result of handcrafted ability mixed with innovation. HAYDEN collections distinguished themselves featuring products destined for a selected clientele of refined women, eager for fashion trends, but able to wear them with confidence and originality. Elegance, femininity and luxury are the key traits of the HAYDEN style.
HAYDEN is a reference through a unique mix of creativity and exquisite craftsmanship. HAYDEN pieces are meant to last beyond a season, being conceived as a precious piece of jewellery, able to survive beyond a fashion trend.
HAYDEN goes beyond the limits of a collection, being contemporary and fashion forward simultaneously. 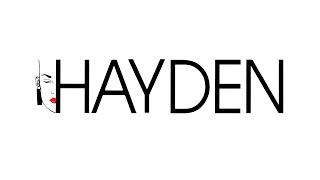 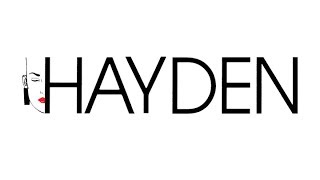